It’s been awhile since I shared what’s been going on in our wonderful world of Wally. I wish I could say it’s because we have nothing new to share. But you all know us better than that 😂😂. There’s always something with our Wally. I haven’t shared because honestly, it’s been such a crazy and exhausting month not even sure where to start. There are so many emotions running through me that I am still processing all the information and answers we have gained. But I shall do my best!

AJ and I both work full time. Wally has had surgery and undergone two big tests! We’ve had pictures, Halloween festivities, anniversaries, a wedding, birthdays, a fall party, we each have gotten sick, and we flew out to Baltimore all within a month. (See why I’m exhausted? 😴😴) But alas we survived!! For those of you that don’t know Wally had ear tubes put in and had his adenoids taken out. He always seems to recover slower than most kids so it took about two weeks for him to feel better, poor guy. He was supposed to have a swallow study in the middle of October but the little stinker refused to drink the dye so we weren’t able to do it.

He than had a sleep study at the end of October. And that was really rough. I think I cried more than he did 🤦🏻‍♀️. The six hours we were there they got 2.5 hours of sleep which I guess all they need is 2 hours to diagnose. So thank goodness! We finally, after waiting for what seemed like forever, got the results today. Moderate obstructive sleep apnea 😔😔. I had a feeling it was going to show something but I guess I didn’t expect the results to show a moderate case. The nurse actually said it was probably severe but the adenoid removal probably helped some. The plan is to put him on an 1/8th of liter of oxygen at night and to repeat the sleep study in three to four months. 😩😩. If that doesn’t help we go back to ENT to discuss our options. I know what you’re thinking. Finally! Some answers. And yes. I am happy that we finally have an answer after 11 months of poor sleep. But I find myself feeling sad. My heart hurts guys. This brave, strong child of ours, has been through so much in his short little life. It’s just another thing to add to the list. And it’s scary to be honest. To know your child stops breathing and there’s nothing you can do about it….Not exactly sure how I get any sleep at night. We shall see how the oxygen goes. I hope he won’t care that he has a thing in his nose, but if you know Wally, he’s stubborn and strong willed. Wish us luck 😂😂.

And finally our trip to Baltimore!! The only Barth Syndrome clinic in the WORLD is held quarterly in Baltimore Maryland. Well we decided in September we were making the trip to Baltimore to see and establish with doctors who know Barth Syndrome! They hold the clinic at the Kennedy Krieger Institute (which is a part of John Hopkins)! We were very lucky they squeezed us in and that we could come up with the funds to go! It was an exhausting trip in the sense that we were busy. We drove up to Chicago Sunday. Flew out Monday. The clinic was held all day Tuesday. And we flew back to Chicago and drove home today (Wednesday). On top of that Wally is cutting two teeth and he has a cold. Exhausted is an understatement! But we’re feeling very happy that we got to go! It was so so worth it. Wally was able to see the nutritionist, physical therapy, hematology, cardiology, a metabolic doctor, and we spoke to genetics! I’m happy to report Wallys heart function is still in normal range!! 🙌🙌. Physical therapy is impressed with what he is able to do. Dr. Vernon (metabolic doctor) did recommend a dilated eye test for Wally to determine if he has fluid on his brain or behind his eyes. Why you ask? Because he has a big head 🤦🏻‍♀️😂😂. She said it could be because he takes after me with a big head 🤷🏻‍♀️🤷🏻‍♀️, but it’s something just to make sure. And it’s better than putting Wally through an MRI! Overall, the doctors we saw are impressed and satisfied with the care Wally is getting back here in Peoria!! It’s such a relief to know we are doing exactly what we should be doing. And that the doctors there and our doctors here are in agreement with Wallys care. They said he looks great. And they couldn’t believe how busy and attentive he was. He literally soaks in every aspect of a room. He is the nosiest 10 month old I’ve ever met. But he charms and smiles at everyone he comes across. We couldn’t love him more.

We did get to meet some other Barth families and thanks to the Woodwards for organizing a dinner. It was great to see them and their boys are the cutest! Wish we all lived closer together!! Being around our Barth family always brings this feeling of peace and comfort over me. In a world where it’s always something and you feel like you could lose control, they get it. They understand. We are so blessed and thankful for the Barth Foundation. For bringing us all together!

So Wally warriors, that’s where we are at. It’s been a long and busy month. And honestly, so glad it’s over 😂😂. Now we wait for the oxygen. Hopefully he will tolerate it. I will be running a T-shirt fundraiser in honor of Wally and Henry’s birthdays. Speaking of, I need to print out and send out his birthday invitations 😱😱!! (Seriously blows my mind he’s going to be one!) Henry’s birthday is also next week. Crazy to think he would have been three. I’ve been so busy that I haven’t had much time to think about it and that in itself makes me sad. I’ll be writing a whole post on our sweet Henry. Stay tuned. This time of year is always hard for us. Hug your babies tight.

Also on the do list is my annual review for one of my jobs (I’m getting there Corrie 😬). Christmas shopping. Birthday shopping. And cannot forget thanksgiving is right around the corner! Whew. I’m exhausted just thinking about it all. I’m telling you, it never ends. I need a vacation. Or a bottle of wine. Either one will do! 😂😂.

Thanks for reading!! Love and prayers to you all! 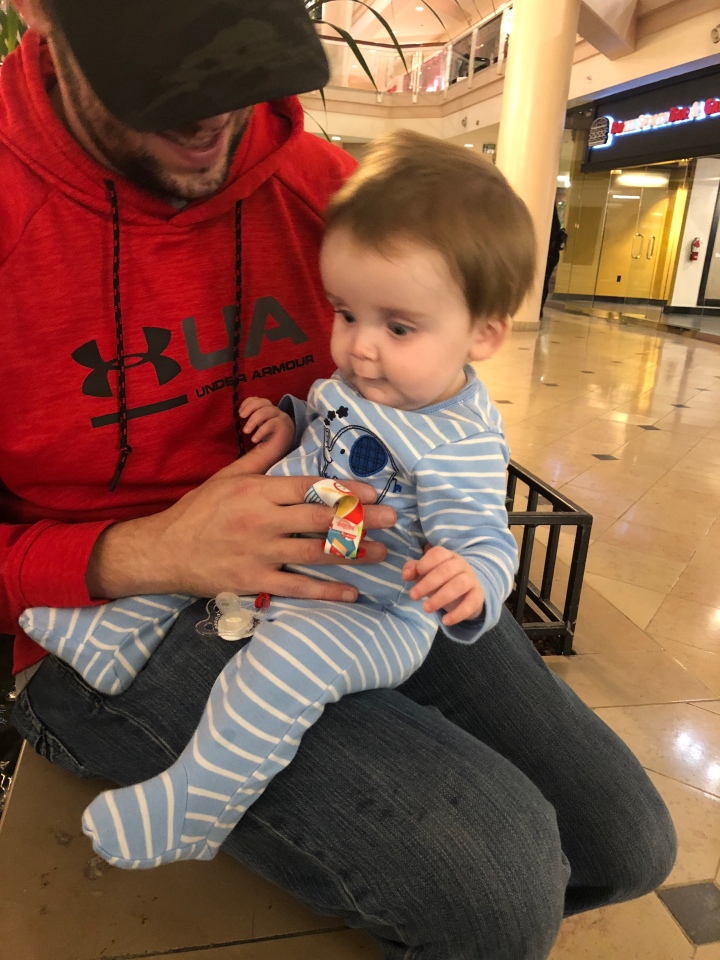 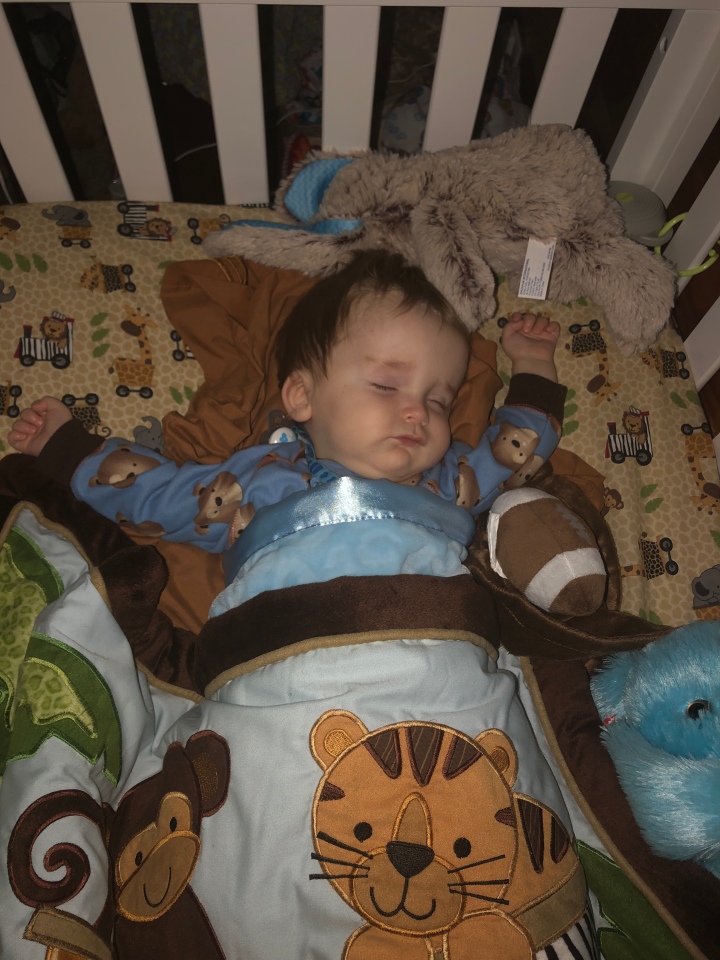 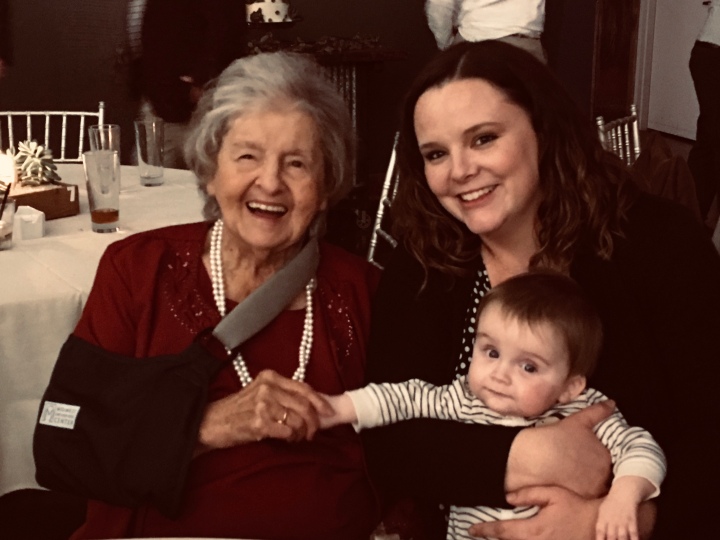 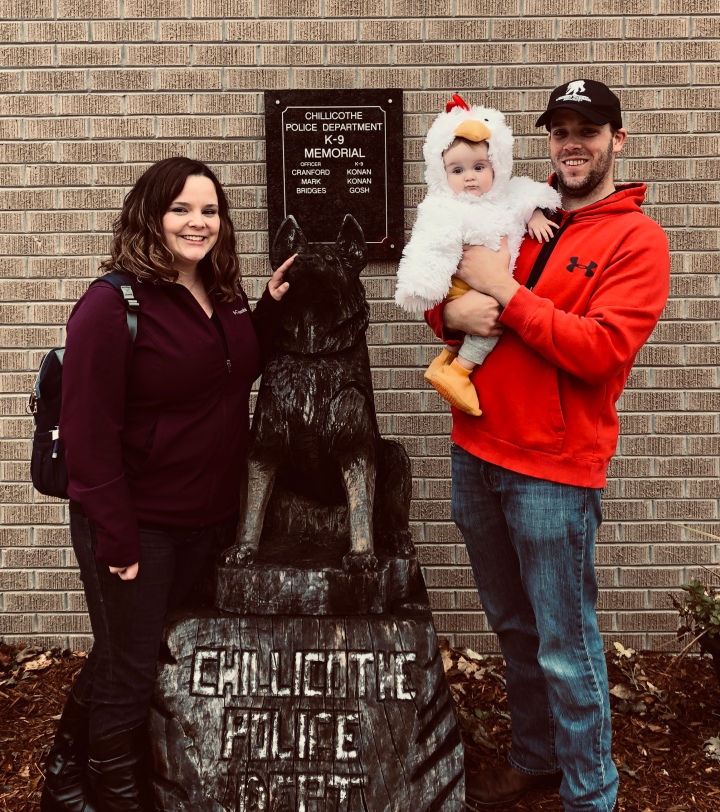 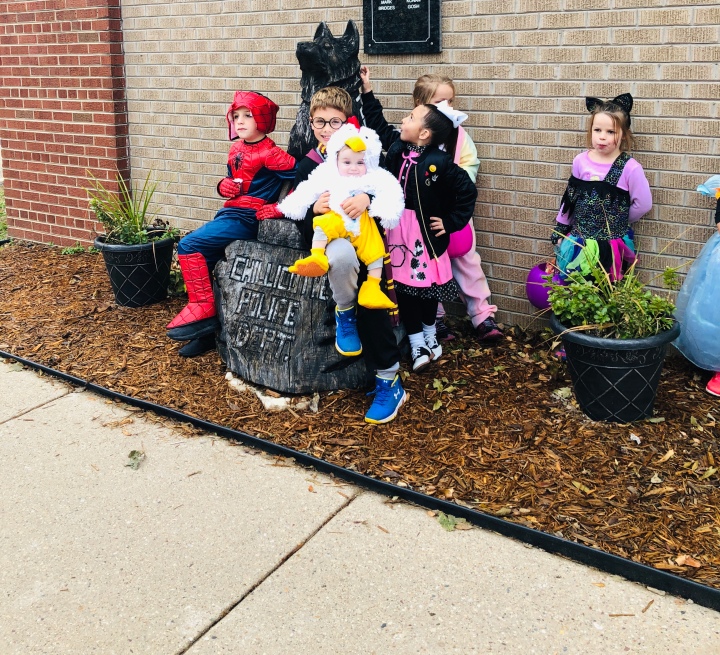 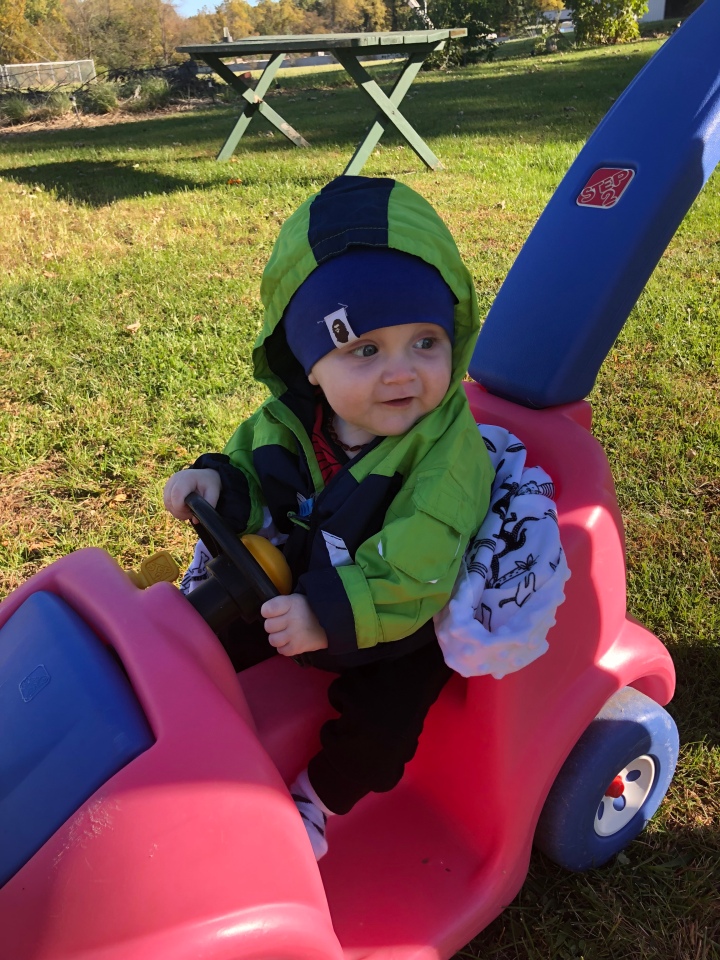 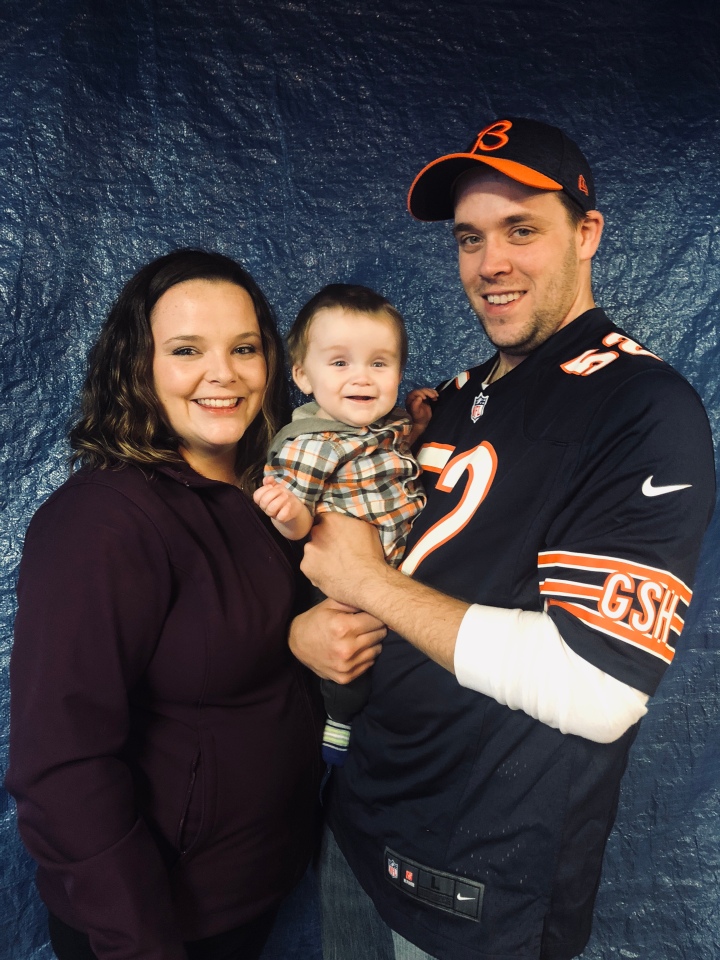 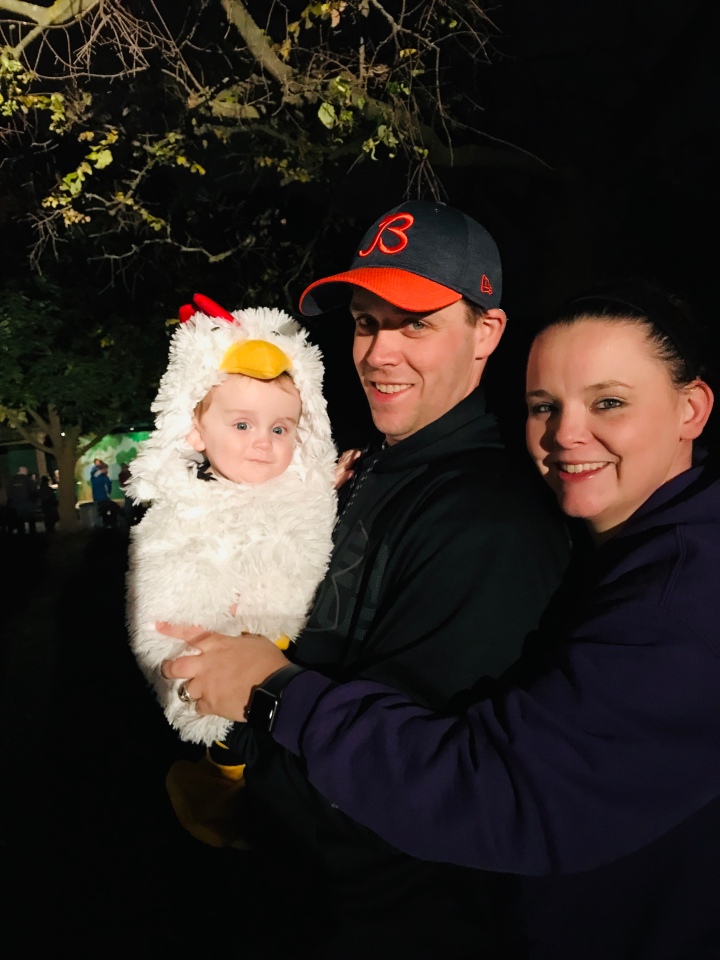